The following is a paid advertisement

Show the world you are worthwhile with your very own 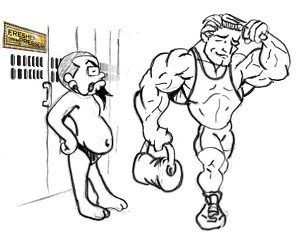 … the possibilities are ENDLESS!

Let the world know that you’re unimPRESSED but it’s okay because you rock anyway!

What’s the best part about the unimPRESSED Award??

Don’t be the odd man out and join the ranks of the forgotten blogging elite.
Who cares about being Freshly Pressed.

You should be Freshly unimPressed!!

The following rules and terms are applicable to all parties choosing to display the FRESHLY unimPRESSED Award on their blog. This award is for WordPress bloggers and blog owners only. It is free  to download and display provided the intended blog or author meets the following requirements:

Failure to abide by any or all of the above mentioned terms will result in public humiliation by being pelted with orange peels and banana skins by an angry mob of unemployed little people from Scandinavia. You will then be left in a room with a monkey, a wok and a stick of butter for no less than 6 hours. After which you will be forced to recite the Canadian national anthem backwards while having your privates immersed in icy water.

The preceding was a paid advertisement and does not necessarily express the views or opinions of The $#!% I Think About blog, Zen Assassins, or any of its affiliates. Paid for by the Society for the Unbiased Treatment of Bloggers.

Who here wants to be an ad-man?

This is probably my shortest blog entry ever but I consider this more of an observational experiment than anything. For those who are regular WordPress blog readers I’m sure you’ve come across this bit of humor. The next time you’re browsing through the Freshly Pressed or looking back at an article of yours that has been pressed, look closely at the comments. Hidden within the responses are those that I’ve deemed the Promowhores (aka shameless self promoters). They’re easy to spot. They always sign their comments with a link to their blog – as if you can’t simply click on the name and get there. While many may be genuinely interested in the content there are some who simply want to ride the coattails of success. They stalk the pressings looking to be the first name on the comments list so they can draw some attention from being at top. I won’t lie. I’ve done that a couple of times in the past when I first started blogging but what makes them shameless and me not is the fact (a) I only commented on posts I actually did have an interest in and (b) I don’t have a link to my bloody blog in my signature! Shameless I tell you. Shameless.

I’m as mad as hell and I’m not going to take it anymore!

There’s one thing about blogging that I have a hard time stomaching. It’s some of the pretentious self-righteous supposedly socio-conscious wanna be authors you find here. I suppose they’re common in every blogging community but it’s sad to see so many getting notoriety for it. It’s bad enough that you see more and more professional bloggers from radio stations and news outlets getting pressed but every now and then we get some know-it-all who likes to slather on a dictionary of complex words to try and mask the fact they’re talking shit. It gets downright intolerable when you sit there and watch a bunch of drones pander to them in a shameless show of self-promotion just because they’re on the front page.

Let me steer the ship back on course before I run aground on another Freshly Pressed rant.

I’m all for people speaking their minds but sometimes it seems as though people are being rewarded for ignorance. Who am I kidding? That’s the standard in society now. We reward stupidity and denigrate the wise. That brings me to the chewy center of my rant. I’m a firm believer in the philosophy of “shit or get off the pot”. It’s a lovely little quote from the movie Clerks II but has so much relevance in the way people present themselves nowadays. Everyone wants to be a crusader, an advocate or spokesperson for whatever platform they’re supporting. I have no idea what’s with all the self-righteousness going on as of late. Maybe my disdain for people in general has made me oblivious to this trend and it’s been going on for longer than I realize. Either way it’s in your face more than ever now. With all the Twits, Facebookheads and blahgers out there now everyone feels the world has to know their political, religious, health care, or environmental beliefs.

People bitch. That’s expected. Supposedly it’s everyone’s God given right… if you believe that sort of thing. What really grinds my gears to hear people complain about things they won’t lift a finger to change themselves. It’s annoying to see people preach about being green and saving the world while they’re texting on their iPhone cruising around in their Honda CRV. Or how about the people bitching about how much they don’t like Breast Cancer Awareness marketing and profiteering knowing they’ve probably never even read a pamphlet about prevention or tossed a penny towards any research. My favorites are the political nutjobs who swear they know all there is to know about how to cure the ailments of their country and lambaste anyone in office because they’re “not getting the job done” meanwhile they won’t move any further than their monitor to make something happen. Seriously people if you’re not going to do anything about a matter, why complain about it? Why criticize others as though your shit smells like Cinnabons? If you’re out there doing your part to help the planet or your fellow man do you really need to be recognized for it? Isn’t the deed supposed to be the reward?

There’s a little Canadian girl that few people know about who’s a shining example of my philosophy of shit or get off the pot. Some of my fellow Canucks might know the name. Hannah Taylor. She’s the founder of the Ladybug Foundation, an organization that helps the homeless and fights against hunger and poverty. Hannah is 13 years old. She founded the organization when she was 8. Words can’t even begin to describe the amount of respect and admiration I have for this little girl. She doesn’t want accolades or recognition. She just wants to help people who are less fortunate. That’s it. It’s inspirational and gives me some faith that at least some of our youth aren’t going to grow up and turn into a bunch of whiny holier-than-thou procrastinators like you find all to often as of late. If you don’t know anything about her, stop reading my crappy blog and check her website out.

What were you doing at 8 years old?

I’m sorry that people are so jealous of me… but I can’t help it that I’m so popular.

I’ve been biting my tongue about this for a while but it’s time to say something. A lot of you have thought about it. Many of you gripe in secret about it but refuse to publicly call anyone out. While I don’t feel this is a matter to be called out, per say, I do feel it should be commented on.

WTF with the Freshly Pressed?

I web & graphic design. That roughly translates to 8 – 10 hours a day of being in front of a monitor staring at line upon line of code, coloring pixel by pixel or sifting through thousands of fonts. You would probably think that reading blogs would be the last thing I’d want to do, but oddly enough I like the escape from my mundane work. Unfortunately there’s been a trend as of late where the much loved Freshly Pressed feature has been a showcase of undeserving blog entries.

That’s right. I said it. Undeserving.

Some will immediately crucify and vilify me for being jealous or whatever. If that helps you get through the day label me whatever you want. The fact of the matter is that whoever makes the selections has been choosing “what’s popular topics” as of late rather than interesting content. Don’t get me wrong. There have been some stellar choices the past couple of weeks.  Sir Emeth Mimetes’ post about Internet Disagreements was killer. Blackgirlinmaine’s post about the misuse and bastardization of the term “ghetto” was an insightful read as well. I always enjoy the photo and recipe blogs as well. For the most part there have been more brilliant posts than not.

A post about a Burger King pizza that was little a more than a couple sentences, a picture and a link to an article about why it’s not good for you. Really? That’s deserving or being Freshly Pressed? Or how about a picture of Tony Curtis on the the day he died with a few lines about how the author met him. Or how about one of my personal favorites, a “I loved The Social Network” yawn fest. I can understand if it was an actual detailed review but sadly it wasn’t even remotely close to that.  Deserving or popularity contest based on recent events? I would link to them but I’m not even going to dignify those posts by doing so. Anyone who’s a regular around Freshly Pressed knows exactly what I’m talking about. I thought WordPress was for creative writing not facebook-like status updates of what people like and don’t like.

To the powers that be I beg of you, please show some more clarity in the choices you make. I could care less about being Pressed. I don’t write to be recognized. Those who like what I write find me one way or another. However those of us that rely on Freshly Pressed as our quick escape from the rut of every day life, show some better judgment and cease listing abject selections. I suppose in some eyes it may seem disrespectful for a person who’s only been around here for a couple of months to bitch but I would hope that you would view it as constructive criticism and make strides towards making the experience better for everyone. This site rocks but the schoolyard popularity contest has to go. Show some diversity. WordPress claims to be about showcasing the world yet on some occasions the same authors get pressed numerous times while thousands of other brilliant minds go untapped. It’s to the point now where if a current event pops up you’re guaranteed to have a undeserving Press riding the coattails of it.

Dig through the rubble…

You are the resistance…